Village Conservatories have beaten off fierce Atlas talent in this month’s competition with their first ever entry; a spectacular double lantern installation.

The two Atlas lanterns feature on an impressive 7.5m x 6m L-Shaped orangery built on the back of a rustic red brick house. Previously converted from stables to a detached home, the homeowners wanted to utilise the old shed while adding some personal flair to the property.

Village Conservatories transformed the homeowners’ vision of a small “man cave” extension into a show stopping addition that would change the way they used their home. The result is a light space they use every day rather than the occasional use they originally intended.

As another house is situated at the back of the garden, they requested to make the orangery as eye catching as possible so it’ll be seen as a feature and not an eyesore for the neighbours. An L-Shaped orangery was designed to maximise as much empty space as possible and to blend the installation seamlessly with the rest of the property.

Two different sized lanterns measuring 5.9m x 2.2m and 4m x 2.5m were installed so natural light enters all corners of the orangery. Matching corner bi-folding doors were installed to complement the grey on white lanterns. The homeowners decided to go for a rustic interior design in keeping with the property’s history. To ensure that the interior and exterior red brickwork matched Village Conservatories approached a local farmer to reclaim original bricks.

The homeowners were so impressed with their new orangery it has fast become the most used area in the house. They love the grey lanterns and bi-folding doors so much the homeowners are changing all of the windows and doors on the rest of the house to grey. 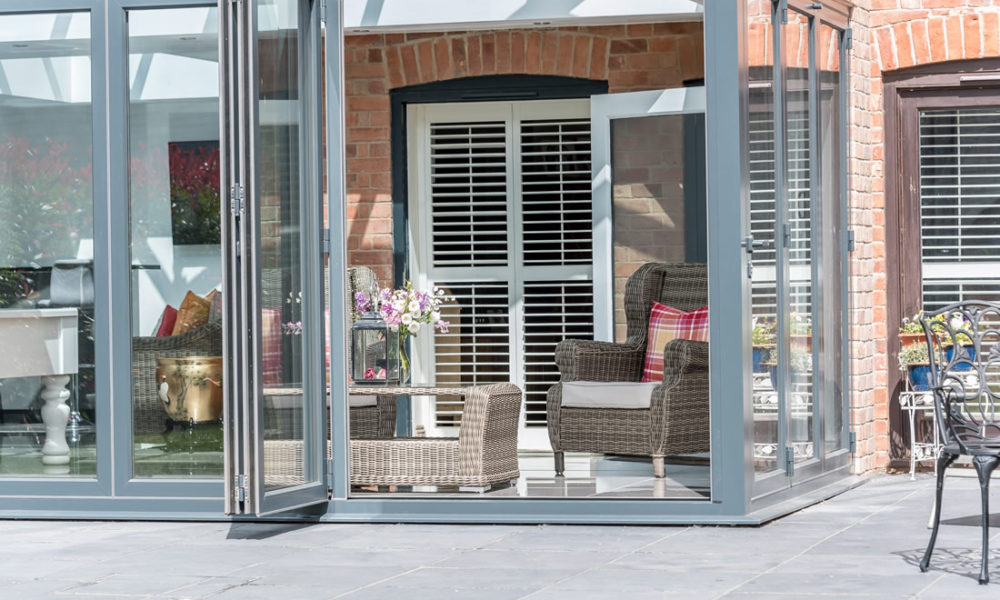 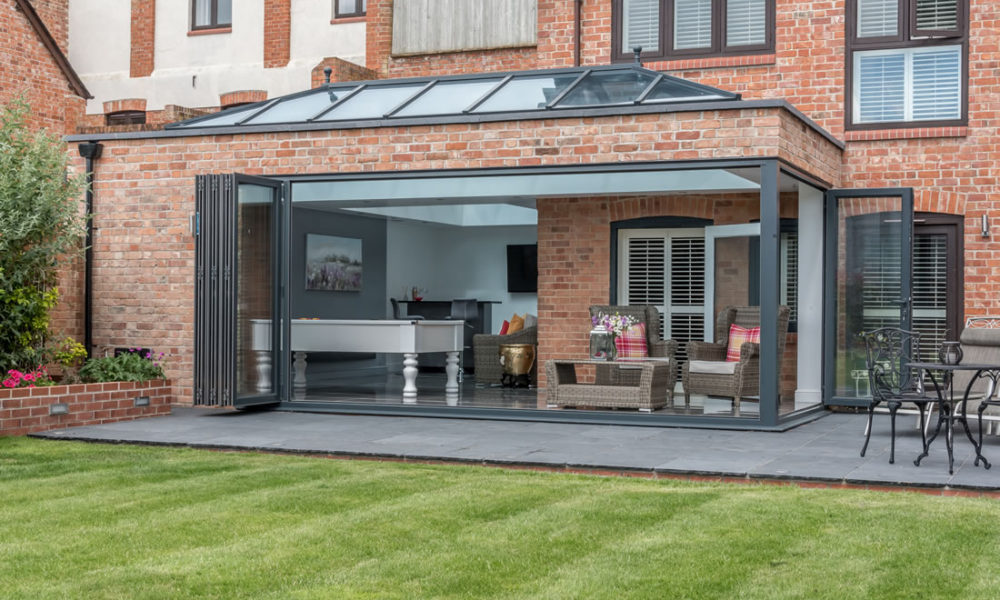 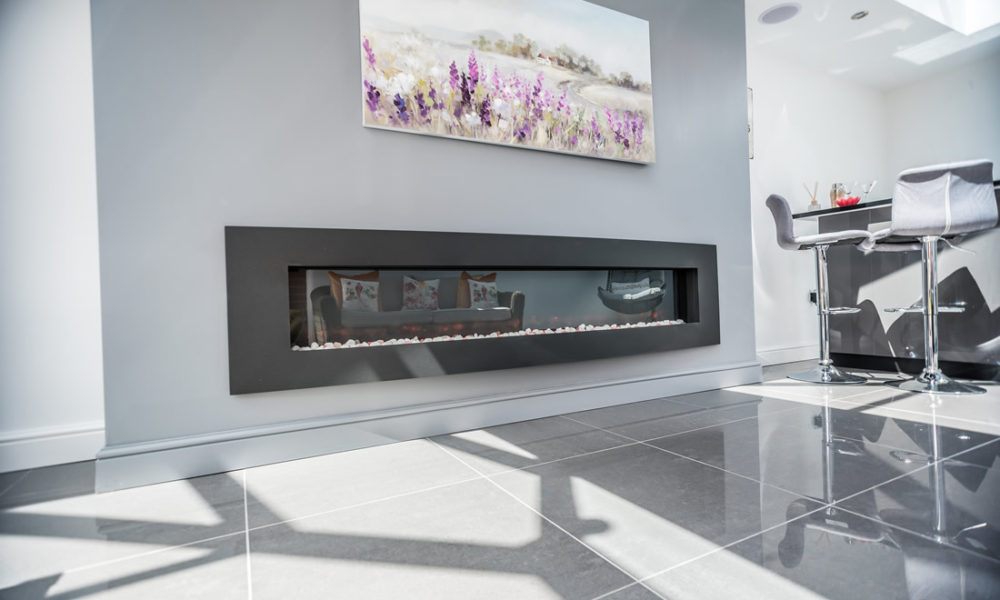 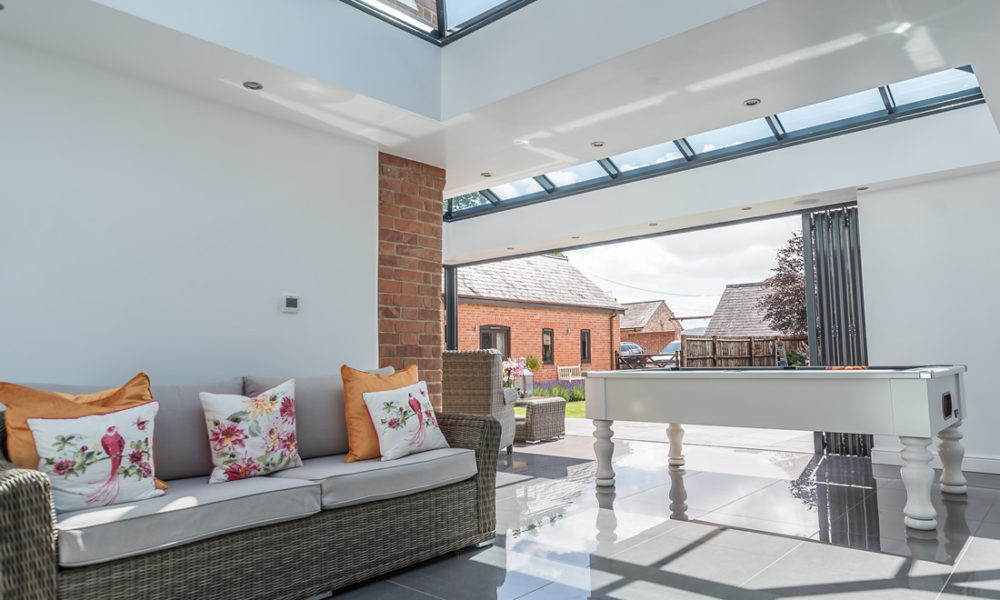 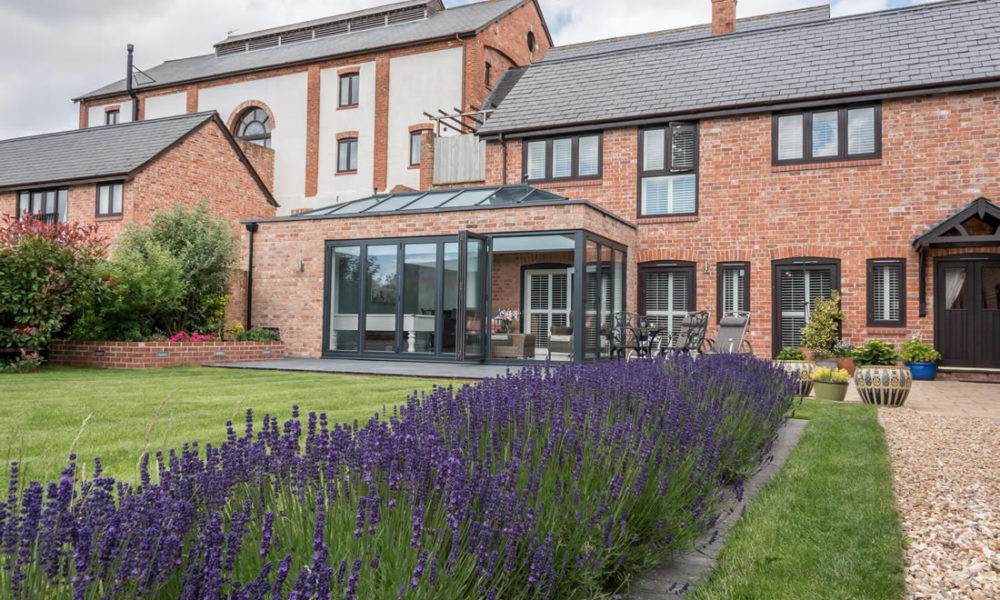 Colin Dicker, MD at Village Conservatories commented “Our customer is ecstatic with their new orangery. It might be bigger than they had original considered but it’s certainly better. We’ve seen the exceptionally high standards of this year’s Installation of the Month winners and we’re so proud that our installation is part of it – it’s a great achievement for us! We wish to thank the Atlas team for their professionalism and help over the last year which has helped us to achieve this award, and we look forward to many more years of our companies working together.” 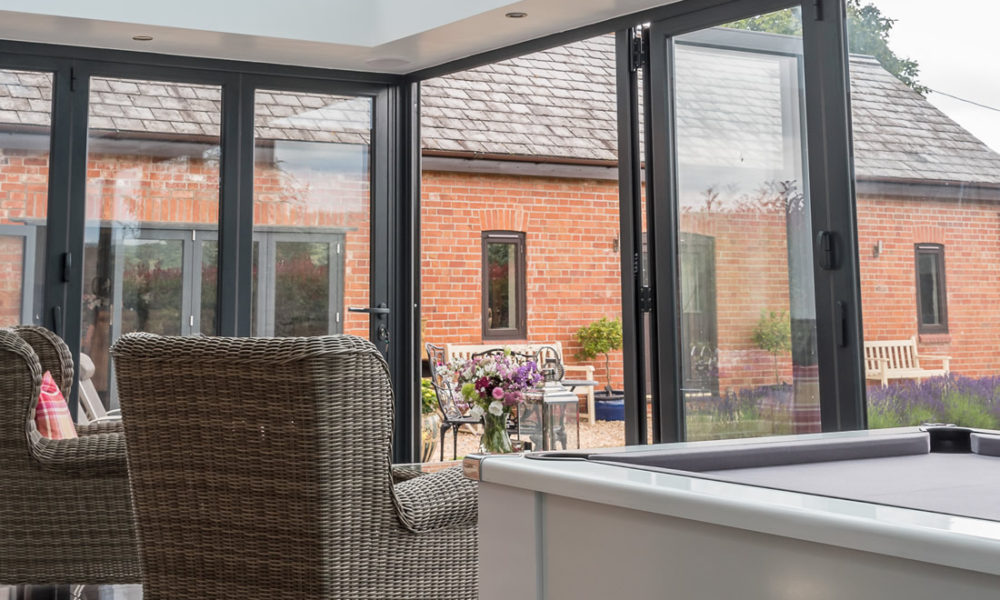 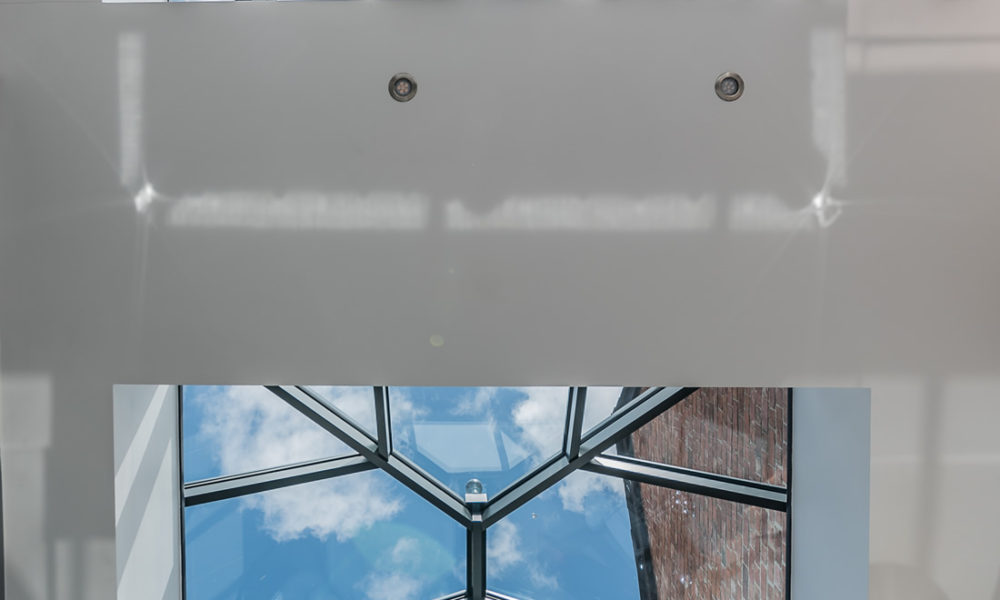 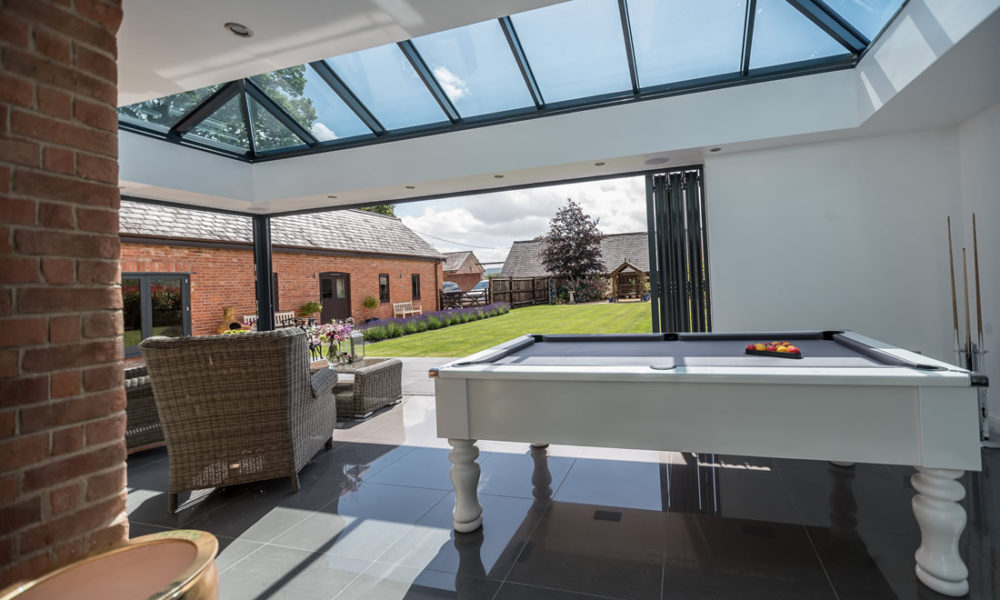 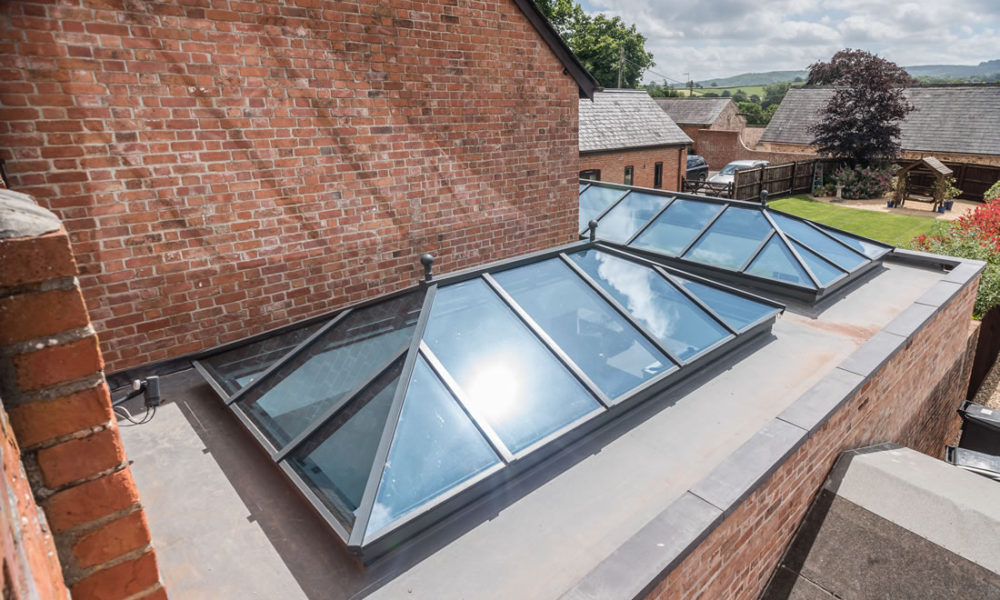 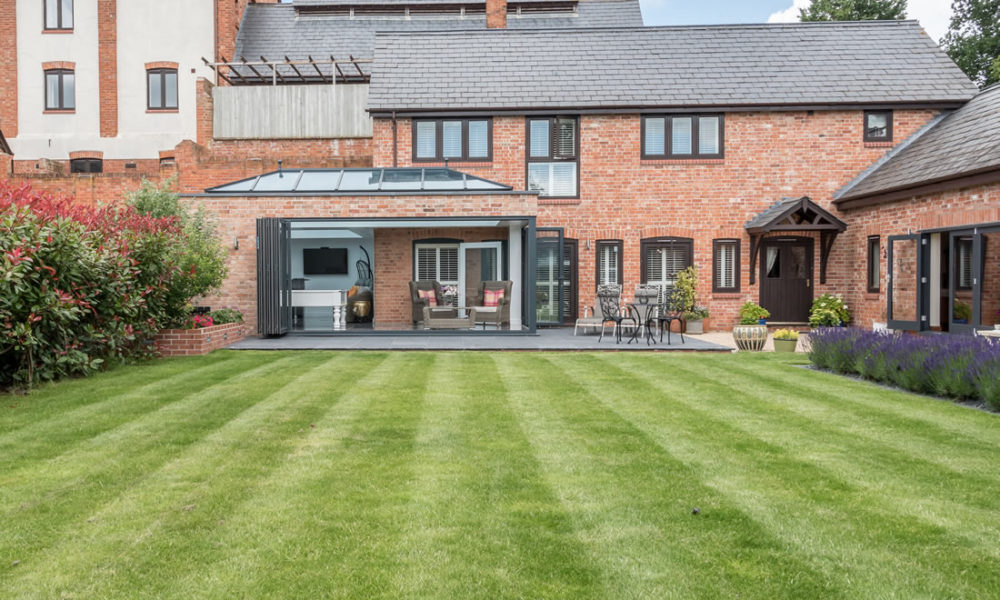